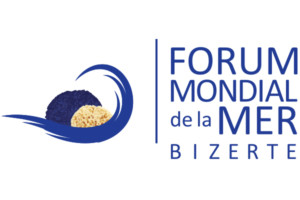 Let’s save our sea !

In the long history of the Mediterranean which is unfortunately the most polluted sea in the world today, no similar call to save Tunisia from climate change and the dramatic destruction of its coastline and its maritime heritage had been launched with so much force and had met such response.

Of all the Mediterranean countries, Tunisia is today rated by scientists as the most vulnerable and the most exposed to environmental threats: rising sea level, coastal erosion, collapse of beaches, massive destruction of the Gulf of Gabès, invasion of plastic, extinct flora and fauna, major industrial pollution, anarchic constructions on the coast, excessive exploitation of the resources of the sea by man, daily incivilities, so many realities that cause the emergency of the situation.

Without the sea, 8 million Tunisian citizens, living within less than 50 kilometers from the coast, could neither be fed, breathe, move, nor host 8 million other visitors and tourists who allow the economy survival, provide work to hundreds of thousands of families and reflect the image around the world of an open and attractive Tunisia.

Our responsibility is therefore complete. It is now urgent to get involved and mobilized, to leave a sustainable sea planet, a clean Mediterranean and a prosperous Tunisia for future generations.

Since its first edition in the summer of 2018, this event has successfully imposed itself and has touched nearly a million lovers of the Tunisian coast with its original concept: offering to a large audience, three months lasting, over 1400 kilometers, from Tabarka to Zarzis, a program of multidisciplinary events celebrating the riches and the fragility of the sea.

The innovative and international dimension of The Blue Season (La Saison Bleue) was welcomed by the support of the European Union and the Union for the Mediterranean in the launch, in its first edition 2018, of the Forum Mondial de la Mer - Bizerte.

The Blue Season (La Saison Bleue) came back in force, with increased notoriety, during its second edition in 2019 with more than a hundred events across the Tunisian coast.

On the 2019 Sea Forum, Amwej, the first Tunisian call for projects on the sustainable blue economy was launched, approaching municipalities, associations, NGOs and start-ups linked to the maritime domain and concerned with a sustainable environment. A committee of professionals studied more than 80 projects and selected three (in Kelibia, Carthage and Bizerte) that benefited from engineering expertise and advice as well as financial support.

In 2020, everything was ready to gather crowds and enthusiasts all along the Tunisian coast during the three months of the third edition of La Saison Bleue. The Covid-19 pandemic decided otherwise. Saving on the health plan at present time Tunisia, this world surge however brought to knees a significant part of the Tunisian economic activity, particularly related to the touristic season.

Transforming the impossibility of physical gatherings to bring this fight to save the sea to life in the world, La Saison Bleue 2020 therefore launches Le Club Bleu / Blue Club, the first international think tank devoted to maritime identity. Its launch was done on of the 3rd edition of the Forum Mondial de la Mer - Bizerte held on July 15th July, 2020.

8 million foreign visitors expected in 2018 on the Tunisian coast